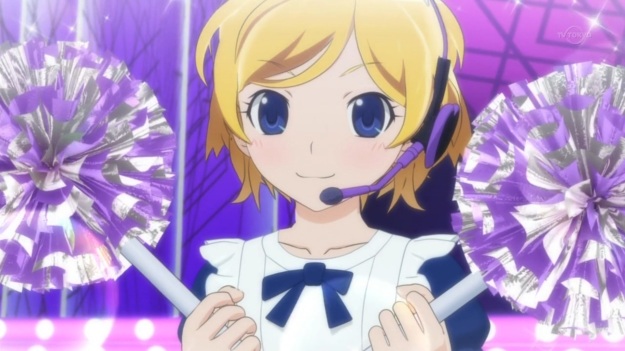 After writing an introduction post about it, I thought I should try to make more people watch it or something (well not like much people will read this anyway). I honestly think it deserves it, it’s getting very good and no one watches it (at least in the English speaking anime community, it’s actually pretty popular in Japan, will talk more about it below), and that’s such a waste. I would blog it or something like in an anime blog if had the time.

Well all these things may be pros or cons judging from your point of view… They’re all pros for me. Let’s start!

The only thing it has similar with a Magical Girls show is the name. Pretty Rhythm and Pretty Cure may look similar but they don’t have much in common really, don’t judge while you don’t know anything about it. PRAD is a sports anime.

The story follows the usual tropes of sports anime, so at least the story writers knows exactly what they’re doing, every episode have a meaning (Unlike say, Hanasaku Iroha, I should really finish watching it with my sis someday so I can properly bash it.)
The fact that it’s predictable yet very well written also makes it fairly understandable, I watch it raw since the subs are like, 13 episodes behind. If you watch anime since at least five years and if you already watched a sports anime, without thinking that they’re all too long/boring then you’ll be in known territory.

The sport in question is doing prism shows, which is dancing and singing while skating… Yeah. Also note that all the dance scenes are in CG so there’s not much animation especially in the first eps. They’re pretty well choreographed though. Starting episode 12 or so they fired the koreans animators and took even better koreans for animation or something, because starting then the animation keeps getting better and better, I’m at ep 30 now and you could almost not tell it doesn’t have much budget/is aimed at kids. It pretty much got standard animation now, as in the least you can expect from a cartoon airing saturday morning on Tv Tokyo. 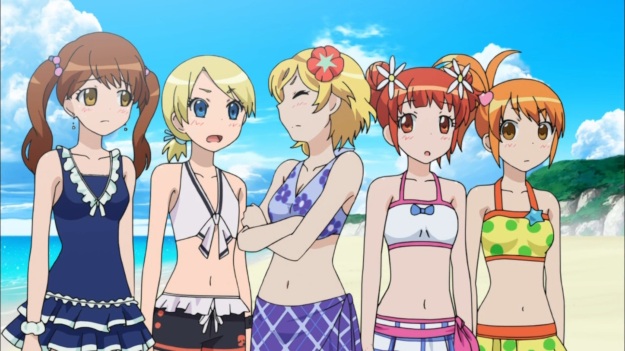 There’s almost no sexual fanservice in it… Not even rice bowl censored panties like in K-on! I say almost because there was a swimsuit episode(episode 27), and even then, it wasn’t very fanservicey.

It may not be very popular (well at least on the English speaking anime community) but it’s very popular among little girls in Japan. They all watch it.  In fact I know someone who teaches lolis in Japan and he told me they’re all over it. If you’re what some people call a “weaboo” these days you need to watch it if you wanna get a Japanese imouto or something. 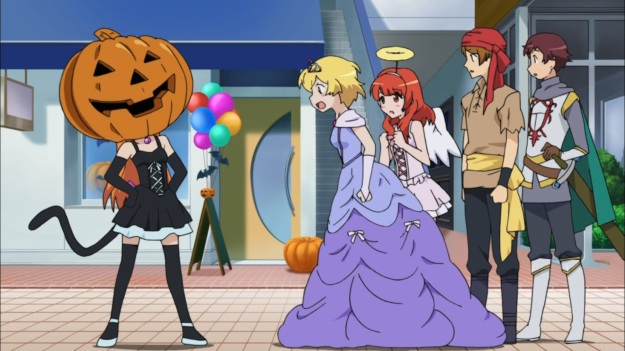 Rizumu and her total lack of fashion sense.

It’s very funny, I admit I laugh more watching it than when watching Kimi to Boku, Ika Musume s2, or Working!!2. It’s really the show I enjoy the most right now.

Last but not least, the insert songs are truly great. I love them.  Even Callings’ ones (the boys band) are nice.
Just listen to this:
http://youtu.be/YX3Bg8zUVNI