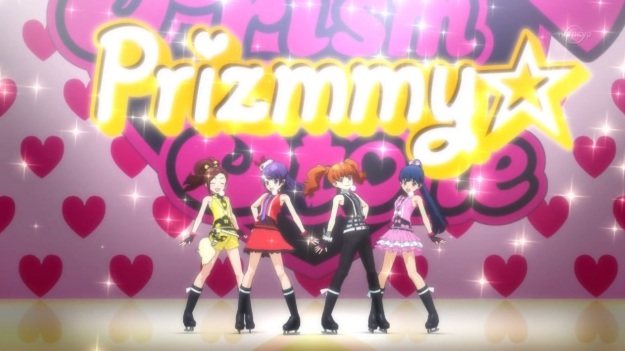 Miya talks with Kyouko about her debut now that she can do Prism Jumps. Kyouko tells her she still needs to get Fan Calls. A representation of the fan’s cheerings. Fans will watch their training, follow their blog and go to their Prism Shows and send them either cute, cool or fun Fan Calls using their smartphone. They already started up a blog for them. Miya then dscovers you can send fan calls to yourself but gets kicked by Penguin sensei and the other plushies, telling her she has no pride. She gets convinced by the others to not do it. 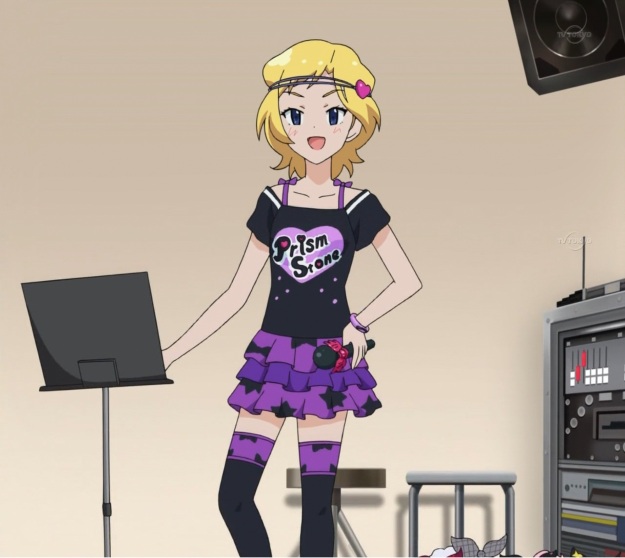 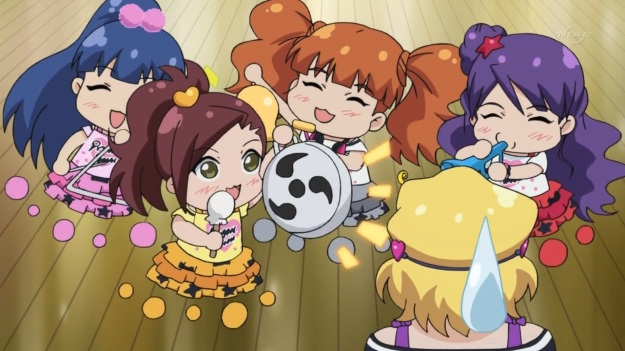 The next day, they start getting singing lessons from Mion (pretty nice how they remember that Mion is the best singer, she also gave lessons to Aira and Rizumu back in S1). Mion gets them shivering by telling them that everyone is everyone rival, friendship isn’t allowed in her lessons. Reina starts singing but is hindered by Miya who wants to show her singing too, without waiting for her to finish. They start fighting. The same thing happens with the dance lesson by Rizumu, and the fashion lesson led by Aira. 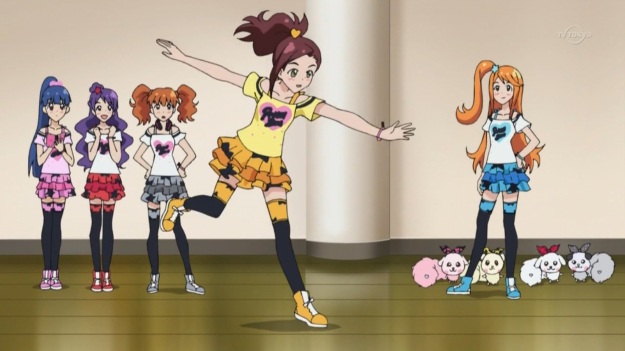 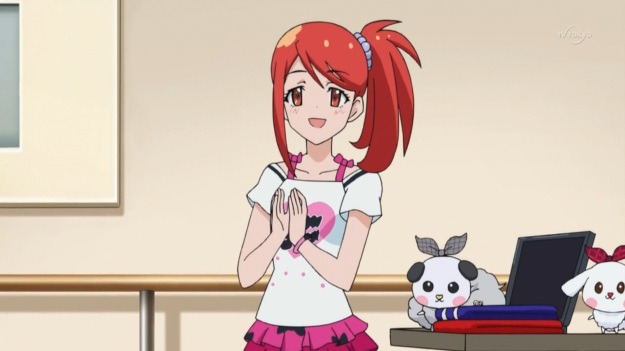 At the end of the day, they still have zero Fan Calls. Reina says it’s Miya’s fault, always hindering them and being annoying. The next day they decide to train separately. Miya is lonely, training alone so she goes for a walk.
She meets Yunz, calling him “Shou no rival otoko”. He tells her it’s good if you worry about things, it means you have a lot to think about and you’ll get a lot of ideas later, you shouldn’t worry about a single thing though. She thanks him, calling him “rival otoko” again and leaves. She decides to seek answers from her best friend Haien. She calls her, but she’s actually right near her, she came to Japan after all.
Ayami, Reina and Karin are all outside, going around doing their stuff.
Haein and Miya remembers their childhood, fighting about who will become a Prism Star first. Haein says that she didn’t know if she wanted to become a Star back then, it’s thanks to Miya who came to her and said she wanted to become one abruptly that she could make up her mind. 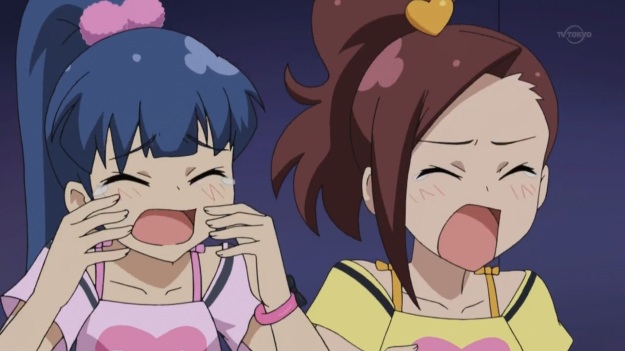 Later, MARs show starts. Kyouko says it’ll be difficult for Miya and co to make their debut, having only 2 Fan Calls each. They’re surprised at it,”eeh there’s someone else than myself who’d want to give me a Fan Call??” Miya tells she’s the one who gave them some as she loved Reina’s singing, Ayami fashion coordination, and Karin’s dancing. Apparently they gave a Fan Call to each other. They all start crying. Everything is actually filmed and streamed live on their blog, and the Fan Calls start rising. Jun says people saw their determination and their will to become Stars, THE TIME HAS COME.
So they finally get to do their first show, after 3 eps. Suddenly Shou appears before they go on stage with a “Shoutto matte” (nice pun there) and gives them their stage costumes he designed.
They do their show etc, and the announcer call them Prizmmy. It’s the name of their group.  PRISM WITH ME. PRISMY. PRIZMMY. Haien comes to meet Miya. Miya is surprised to see her here, and also at the fact the she knows Kyouko.  Haein is actually transferring to Pretty Top, and introduce herself to the other 3 girls. Haien then asks them why they didn’t jump a Prism Act, even though it was their first show. Eeeeh ?? What’s a Prism Act??? We’ll see next ep.