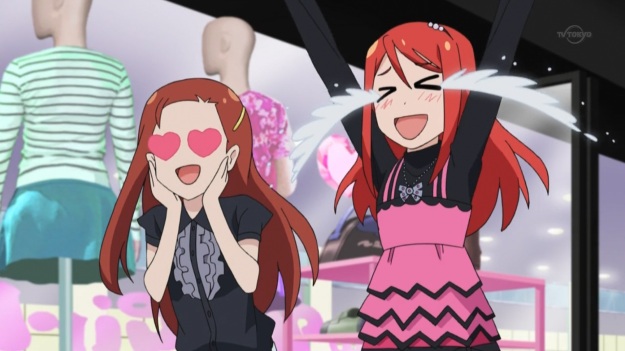 The Prizmmy girls all want to do a prism act and can’t get coordinated. They start to think they need a leader in their group. President Asechi Kyouko organizes a contest, the leader will be the one who gets the most fan call after a week of filmed training & a live. During that week Miya is walking with Hye In, watching the others on the net. Apparently they’re even filmed at home. They walk until Dear Crown’s shop, where Yun-Su greets them. They also meet Aira and Sho that were in Prism Stone Shop. There’s some tension between Sho and Yunz like always so Hye In decides fast to take Miya to Prism Stone Shop. There Aira make Miya try dozens of outfits, saying she can’t choose between them. 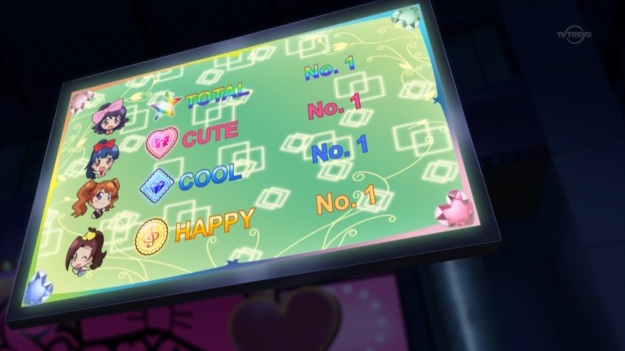 After the show, Miya is declared winner, she has the most fan calls. However the other 3 each win the most fan call type category. Miya remembers what Aira told her, she couldn’t choose. She congratulates all the girls, saying all of them are great, and decides to give up being leader. They don’t need a leader. Miya thanks Aira for the lesson but then Aira says that she wasn’t trying to teach her anything and was really only thinking about making her try clothes. Miya says that if it’s the case she still wants to be leader. Everyone laughs at her.