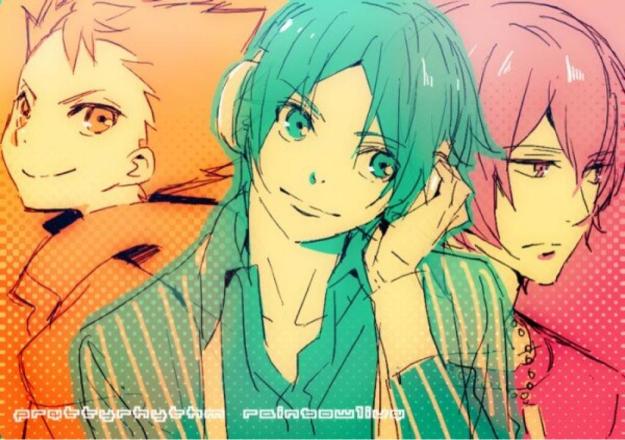 “What are everyone thoughts about Kakihara san (Kouji) and Maeno san (Hiro) intense discussion last week?  Did you like it?”

New ED is sung by i☆Ris. Serizawa Yuu, who’s voicing Ann, is part of the group.  The person who did the storyboard for the new OP is Kawaguchi Keiichiro.

“Hiro sama’s solo song is so sweet. ” I guess Hiro will sing in episode 14.

“Recently, Kakihara san asked me if his character (Kouji) will also do Prism Jumps.”