So this week was Otoha, and next week is Wakana. I kinda miss how the episodes were made in Aurora Dream, less formula-like. You know, first five episode introduce the five girls, then a development, then repeat. It makes the show much more predictable. It’s still great though, as at least they don’t simply focus on a single character and make the others develop simultaneously (Like Beru showing signs of changing). And of course, they didn’t forget to show Otoha’s parents. They always shows the characters’ parents in Pretty Rhythm. 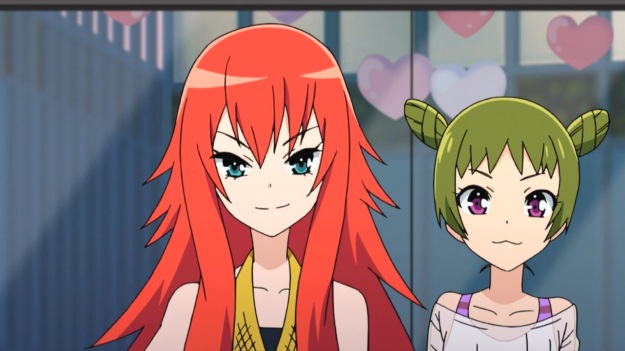 I’m surprised Wakana still sticks with Beru after what she done to her. I guess she really likes Beru just like Oto, and think of her as an important friend. I hope they’ll do something nice with this, and that Wakana will have an important role when Beru will finally stop acting badly.

Seems like next week Kazuki and Wakana will confront each other and Wakana will manage to do 3 consecutive jumps. While the episode was great, I haven’t took any pic of Oto as she’s still my least favorite character.