I like how Naru’s mom called the biggest penguin in the zoo “Penguin Sensei”.

I was wondering how Hiro would convince Ito to write him a song. I didn’t think he’d use a really simple method: money. Hiro is so rotten.

I hate Hiro as the person he is, but I really like him as a character. It’s been a while since I saw such a well written scum villain. Hiro is based on the Prince/Popular Guy of the school stereotype. This stereotype is pretty recurrent in girl oriented stories. Sometimes they are likable, like Tamaki in Ouran, or Asaba in Kare Kano and sometimes they are the worst kind of bastard. (Speaking of which, go watch these shows, and read the manga as well) Hiro is part of the latter bunch. I find him to be particularly detestable. And yet he’s one of the 3 love interests in Rainbow Live. This means one of the girls will end up with him, so just like Bell, there’s a high chance he’ll reform. 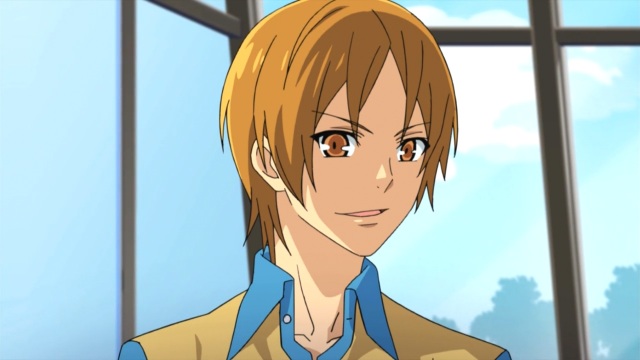 At first, Hiro was supposed to make his Prism Star debut with Kouji as a duo. Kouji was writing the songs, and they would sing them together. However he told everyone that he’s the one who wrote the songs. In the end it seems like he stole one of Kouji’s song and made his own debut. Kouji got mad and left Edel Rose prism show section because of that and cancelled his collaboration with Hiro. In this episode, Hiro did it again, he used Ito in order to force Kouji to give him one of the songs he wrote for their debut, “Pride”. This means it’s the second song he stole from Kouji.

Another thing that makes me like the situation so much, is that in most shoujos I’ve read or seen, when two different guys are in a conflict with each other, it’s because of the girl. They like the same girl so their relationship turns bad. Best example I can think of is Ai Shite Night, or if you haven’t seen it, just think of Shou and Yunsu fighting over Aira in the previous season Dear My Future. In Rainbow Live, the only reason Kouji dislikes Hiro is because Hiro is a bastard. Hiro at the moment isn’t interested in any of the girls except Bell. I thought it was obvious that the pairings would go: Naru = Hiro, Ito = Kouji and Ann = Kazuki, but the staff did a really good job with the recent episodes at blurring things again. I don’t know what to think anymore. I strongly ship Kazuki x Wakana now though, because Ann is a Rizumu clone and Rizumu already had the most fulfilling love life in the past seasons. Would be nice if Ann doesn’t have the same easy outcome.

I don’t know what to think about Hiro’s show. He even had a transformation sequence. Also, it seems every outfit he’ll ever wear will feature belly button exposure. Come to think of it, I’d love to see the Callings’ Prism Jumps remade with the CG of Rainbow Live. It would look even more fabulous than Hiro’s jumps. Like that one jump with Hibiki going into the sun and getting out from the other side, while saying: “Your feelings for me, not even the sun can melt them!”

I like how Rinne didn’t care about Hiro’s show at all. Focusing on her peacock study. She’s slowly getting her memory back. Next tournament will be team battles, as they showed in the OP. If so, Otoha will probably make up with Bell before then, or else they won’t be able to participate. This means there’s only a few episodes left before Bell stops acting like a bitch. 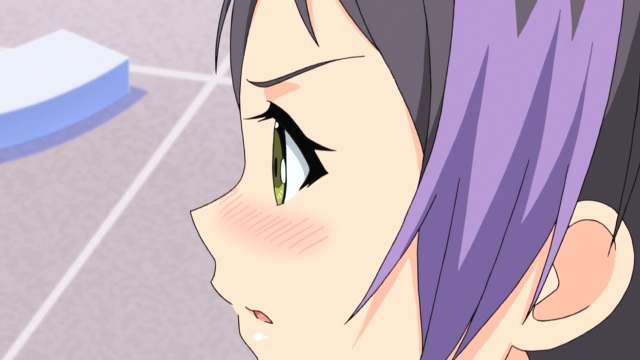 As for why I don’t think Ito will end up with Kouji anymore, I had doubts about it for a while, but now, unless they do some incredible twist it’s pretty much confirmed that Kouji and Ito are actually siblings. I had doubts about it since the time when Kouji said he lives with his mother, and that she would be sad if she hears him playing guitar, my guess is that it remembers her of Ito’s dad, who also played the guitar. The other reason is that there’s always been two main characters being siblings in the past seasons and they haven’t introduced any in Rainbow Live yet. In any case I’m pretty sure they’ll either hint at it or reveal it next week as we’ll get to know about Ito’s past.