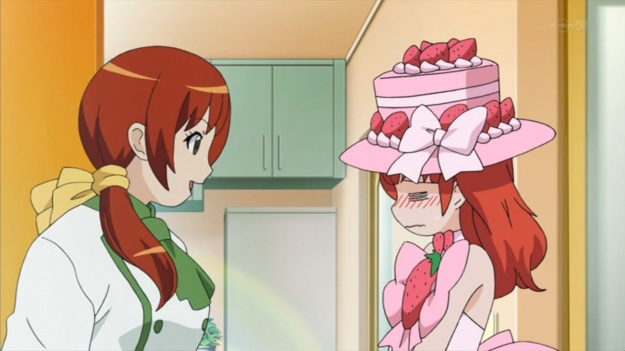 Well I was expecting something like 90% rewind and 10% new stuff, with the different characters commenting on the scenes, but I didn’t expect them to completely replay whole episodes. 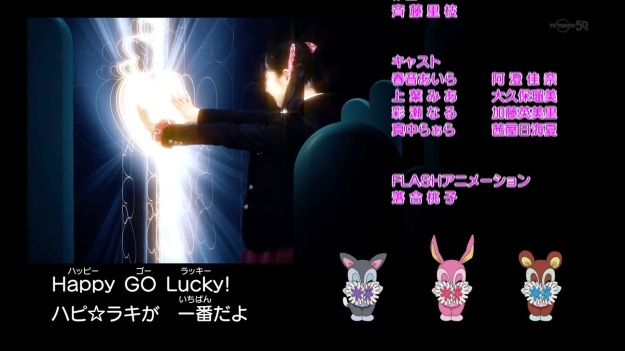 At least they didn’t just put the episode’s VHS into the reader and pressed play, since they changed the credits to include the voice of Mia Naru Laala. 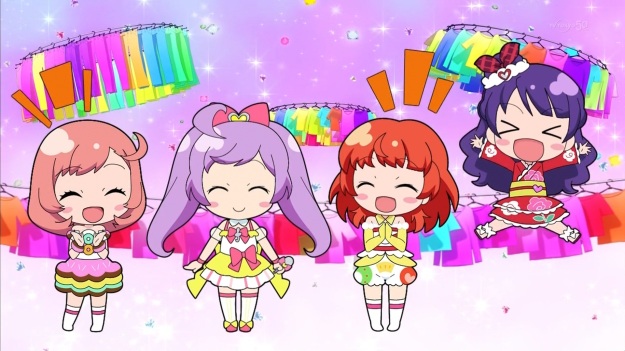 The different members of the staff staying need time to rest and/or prepare Puri Para. Pretty Rhythm has been airing nonstop for three years now. They could have just stopped the show for now but I guess MONEY MONEY MONEY, McDonald and other sponsors etc makes them unable to just stop it. So they decided to do All Star Selection for now. Plus they use it to hype up Lala. The first event related to the “participate to Lala’s debut” thing I mentioned some time ago is how fans will be able to send by mail outfits designs she could wear in Puri Para. 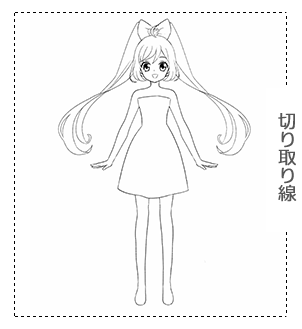 You print this then draw your outfit design on it then send it.

I guess episodes 2 and 3 will be DMF and RL’s first episodes. Then maybe we’ll see something a bit new. Not getting my hopes up though.  If all 13 episodes end up being replays of episodes, I wonder which episodes they’ll choose. I just hope they don’t spoil the best twists like Chicken Tarou. SD Jun and Shi Yoon needs to show up soon, they need to spice up those SD discussions a bit and do some jokes or it’s gonna be really boring. It was nice seeing Jun again but I don’t think I’ll actually rewatch all of the replayed episodes. Feels like a waste of time. I wish I could play the arcade game for now to satisfy my Pretty Rhythm needs. This video was for the Duo update some months ago already. The All Star Selection update will be the 17th of April.
I’m an optimist, so at least I guess thanks to All Star Selection being recap I won’t need to spend that much time on blogging  and I’ll have more time to play SRW Z3 next weekend.

I’d like to see the faces of all the little girls who will see MARs Phoenix for the first time in DMF episode 1 next week.