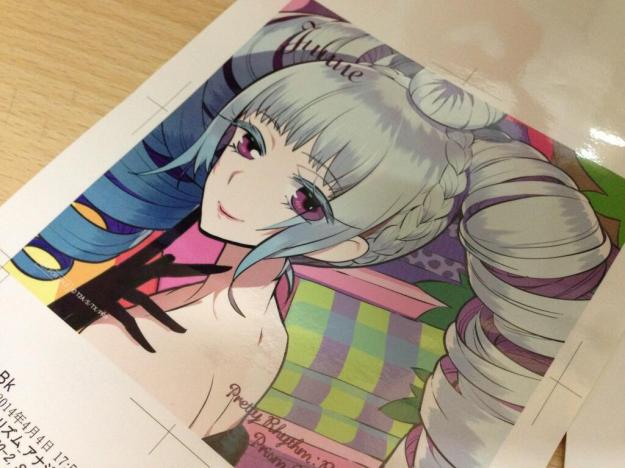 They revealed the Juné switchable cover you get if you preorder the DX version of the music collection album.

Someone asked Director if the Pair Tomo in Rainbow Live can transform into instruments whenever they want or if they can only do it during Prism Shows. He answered that Pair Tomo transforming are the embodiment of their owner’s “melody/sound of the heart” and act like a booster for it. He doesn’t think there’s much use for that in daily life though. (This explains how Starn becomes the baton or a guitar depending on what Juné wants)

Some of those useless, pointless and stupid internet anime polls has Pretty Rhythm Rainbow Live at the top. The butthurt in the comments is hilarious. 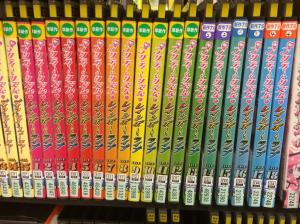 If you put side by side all the Rainbow Live rental DVD you get a rainbow. 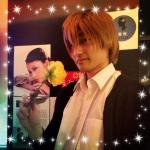 Cosplayed fans at the 12th of April movie screening. These are some of the pics retweeted by the staff on Twitter. Go check director’s twitter for all the pics. They also broadcasted the full version of Athletic Core at the screening. The Hiro guy is pretty handsome in my opinion. Apparently there was a flock of girls around him too.

At Tower Record Machida. Juné sure is cute.

Screenshot of a All Star Selection arcade game ad. I think it aired during PRASS ep2.
Juné and Mion are so cute.

Some random info in the Prince Animage I managed to find:
Coo/Rei’s birthday: 8th of August(Leo)
Jin’s birthday 18th of July  (Cancer)
There’s stuff about Jin and Hijiri being half brothers and the whole story of their parents but I can’t make sense out of it right now. I should post about it again later.

CG director said he finished Dark Souls 2. They also had a karaoke contest with all the staff two weeks ago.

He also said that maybe he’ll reproduce this kind of glowstick effect in Puri Para. There were already some glowsticks in Juné’s performance in episode 33 of Rainbow Live but they were all the same color and synchronized. I think he’ll try to give it a more realistic feel with them moving independently or something.

Matsuura Mai/Odeco is a Patlabor fan like me, she retweeted a lot of things related to the Ingram parade event.
I should actually look around for more news for the Patlabor live action. Somehow while I’m really happy something new related to Patlabor is happening, I’m kinda not hyped about it.
I don’t remember much from the TV series. It’s one of the first shows I ever saw as a kid, and the first mecha anime I have memories of, but I never rewatched it so I don’t remember it.
I used to think I’d get to pilot a giant robot one day too if I became unbeatable at games.
I remember playing the snes game which was really interesting.
Then, I saw the Patlabor movies/OVAs much more recently, around in 2004, but I don’t remember them either. Because at that time, I was in my elitist period of watching anime while skipping episodes I found boring, or I would only take quick peeks while my siblings would watch things instead of watching them myself.
But yeah Patlabor is one of the first shows I want to watch with my wife if I ever get married.

She also drew a few pics these past days. The Over The Rainbow one is the design of some postcard that will be handed out at some event. I put the Otoha one in full size because she looks cute.

At least this week the SD part was a little bit funny. Mia’s smug expression is pretty well done. Speaking of which it’s interesting to note Mia’s SD character is the one with the most expressions & movements, following her hyperactive personality. 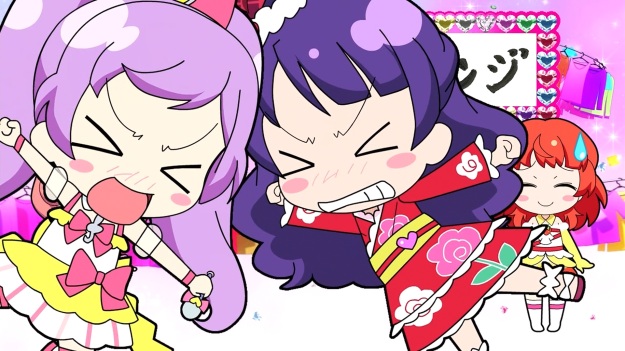 Lala says she’s in fifth grade of elementary school. So she’s 10 or 11 years old. That’s another new thing compared to Pretty Rhythm as Aira, Miya and Naru are all 14 at the beginning of their respective seasons. 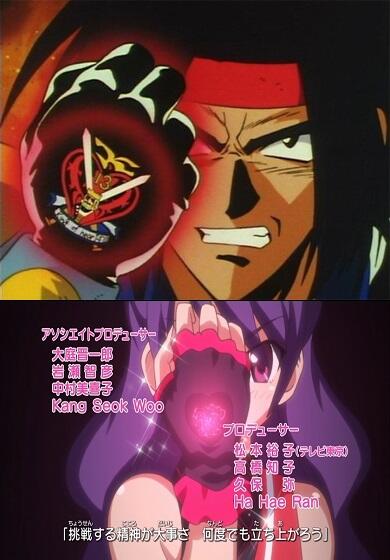 While they broadcasted the first episode of Dear My Future, they used the improved version of the first OP that premieres in episode 4 of DMF. (The differences are the added CG scenes of Reina, Karin and Ayami)