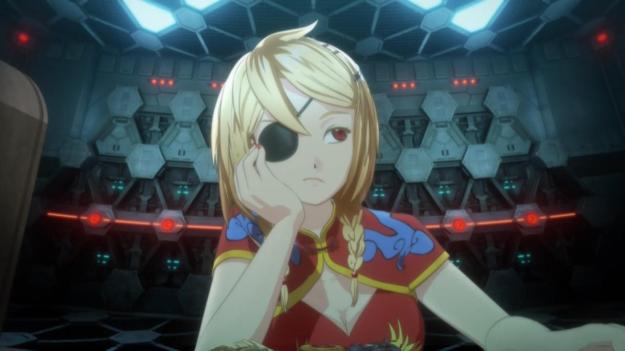 That show was so bad. But I really liked it. I think the worst thing about it is how the first three episodes or so feel like a bayformers movie. I’ve never seen one but I bet that’s how they feel. There’s action scenes just for the sake of having actions scenes. The CG being pretty mediocre doesn’t help, though that stopped being a problem after 3 episodes, my eyes got used to it I guess.  By the end I even thought some scenes were cool. However, the biggest reason why the show is bad(unless you’re a massive CG hater), is the way the story is told. This show got the worst execution I’ve seen in a while. They always manage to show events in the least understandable way possible. It’s an incredible feat.

I liked the show because while the story is told in a horrible way, I liked the story itself. The show doesn’t take itself seriously too, and has some pretty funny silly scenes like the sebastian thing. There’s some other good points too like the great chara design. I don’t regret spending 120 minutes watching it. What Ohji Hiroi says in his interviews (part 1 and part2) don’t justify the poor storytelling but there’s some things that does make sense. Like how it feels more like how a game would tell a story rather an an anime. Judging from the interviews there’s a s2 so I’m looking forward to where the story can go and if they’ll have more hilarious silly plot twists. 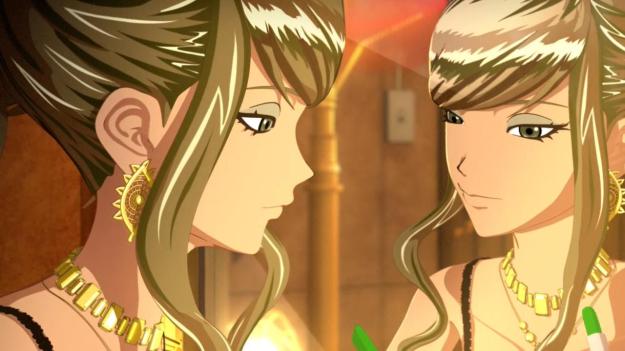 Also Takano Urara has a funny voice. Right now she’s Gloria in PriPara too.
Also Karen is voiced by Hara Sayuri, Rizumu. Her voice too is funny, it would be cool if she got more roles.