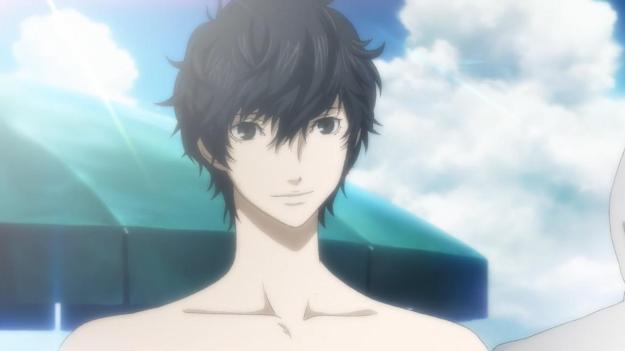 There was another premium event the 11th, this time in Sendai. It’s not like they changed the demo, but they changed the way they do it:
Source People played from the start of the game for 1h30 or so, then the staff would load a save and the player would play for around 10m in the art gallery dungeon. (from my deductions it’s the same save used for the 10 minutes demo)
Source Then the staff makes you fill a questionnaire, and give you a souvenir.
Source Lastly, they ask the player to please refrain from leaking spoilers so everyone can fully enjoy the game when it’s out.
(Well too late. It’s been like 3 years since I’m waiting for Persona 5. Usually I wouldn’t spoil myself a game this much, and it’s just the first 2 hours anyway. I just want to know as much as possible, as if I went to a premium event myself.)

This new batch of impressions has a lot of new things. So might as well post here what I read anyway, instead of keeping it for myself. I won’t repeat things that we already know. Also keep in mind that those are people’s impressions, so there may be people who remember details wrongly.

Also, Persona Central reposted the summary I wrote last time and fixed a few points I wasn’t sure about or got wrong so you should read their summary now instead.

Lastly, my Japanese is far from perfect, so if there’s a sentence I’m not 100% sure about, I’ll mention it under parenthesis.

Edit on august12th: Just noticed I accidentally wrote Shinjuku station instead of Shibuya station at some point. I corrected it. Also added a photo of Sojiro with the suit+hat and fanart of MC getting lost in Shibuya station.

Edit: source one more report got published on August 12  (I didn’t reinclude stuff I already wrote about later below)

It seems you’ll be able to change clothes in dungeons, to put on DLC clothes for example.
The day passes when you sleep, so as long as you don’t go to sleep you can take various actions at night. 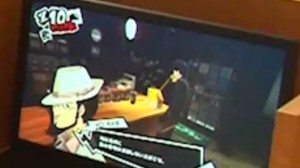 We could actually see Sojiro with the suit+hat attire on one of the screens during the nico live of the take the treasure event.

Morgana calls itself human but at the same time say it doesn’t know what it is, and someone throws it and it says “don’t throw living beings!”.

source The first battle after MC awakens his persona is a tutorial, Arsène is the one speaking during it and explaining how to play.

Source There’s no automatic reload once you run out of bullets. Going out of the Palace back to the real world is the only way to reload your guns. The person adds it’s weird that model guns apparently shoot real bullets. (Maybe once you level up Shinya’s coop you’ll be able to carry more bullets, or get the ability to reload once per dungeon run. I’m sure there’s a coop skill like that.)

Source Morgana does a lot of tsukkomi. 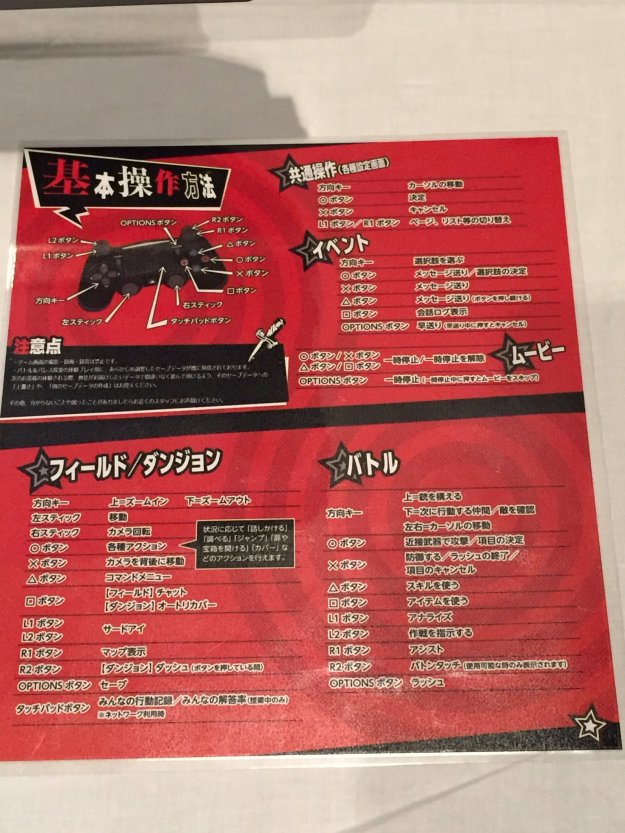 Source Controls. I think we know them all already anyway. Including this for completion sake.

Source In the save the staff loads after 1h30, the one that takes place in the art gallery dungeon, An had a whip sword as her close range weapon.

778 & 779:
Morgana feels like Kuma with the “I don’t know what I am” thing, and it’s weird Morgana says stuff like that even though it also says it’s not a cat but human.

781:
Seems like An is a model, we don’t know what kind of model though.

New report published on August 11:
Unlike the one from last time, this is mostly spoiler free so it doesn’t have a lot of story details. However it has a lot of other info. I’m not including  generic stuff like “Justine and Caroline are so cute! It’s cute how they’re loyal to Igor!”, “Sae is beautiful”, “MC’s persona awakening is so cool!”, “Morgana is so cute!”, “Jack Lantern says hoihoi and is so cute!”. (If you really want these kind of comments, this list was made from all the instances of “xx is cute” in the report, so in a sense I actually included them already) 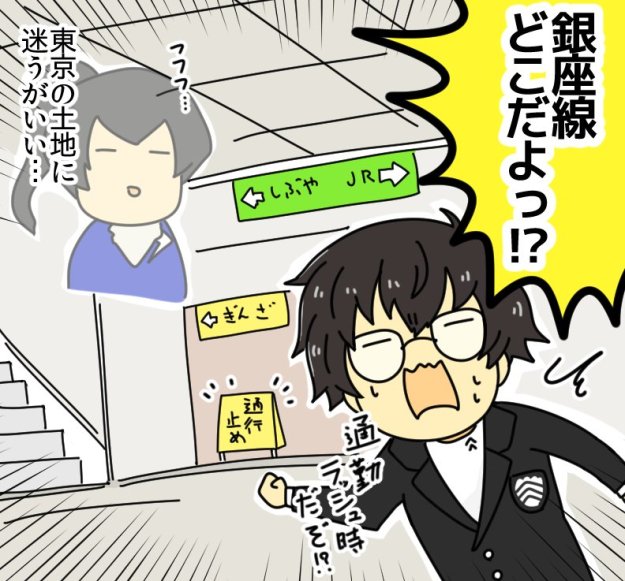 12th August Edit: Someone even already made fanart of the situation. The usual path to Ginza line is blocked so MC is forced to find another way. Source

Then the writer put in various things about the story in no particular order:

The writer played for around two hours in total, but didn’t get to the point where Ryuji awakens his persona. Instead, the staff person loaded another save. From the description of it, it was the save used for the 10m demo. The description fits everything I read about the 10m demo, the party being MC Morgana Ryuji An, all at level 14, Madarame Palace/art gallery dungeon, etc. There’s a few new things in the writer’s impressions though:

(In summary, Auto Recover button makes party members use their Persona’s skills to restore everyone to full health, using the corresponding amount of SP)

Writer say they played around 15 minutes this time, so around the same time as the 10 m demo. They regret they didn’t think about checking things like the coop menu.