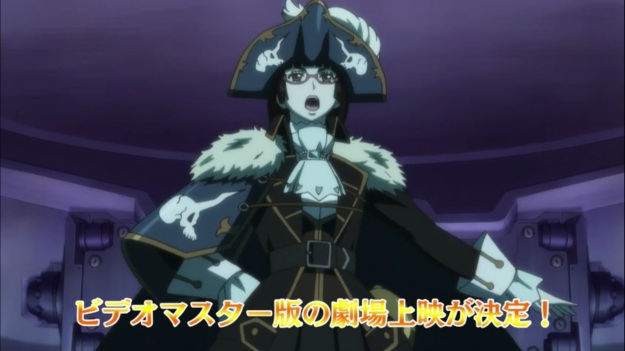 I love the show and kinda wanna buy the movie’s bd but it’s still 63€ with shipping included. I’d rather use those 63€ on Z3.2. Plus I already bought the Pretty Rhythm movie bd this year. I’ll go the filthy pirate scum way and hope someone rips it fast along with all the bonuses like the drama CD. If they release the show on bd in France in acceptable quality I’ll buy it maybe.

On the show’s twitter they’ve also been advertising the various bonuses you get depending on which shop you preorder the movie from. Posters, mousepad, tapestry, postcard etc. There’s at least 6 different things in total, from Animate, Sofmap, Toranoana, Amazon, Tsutaya, Gamers… 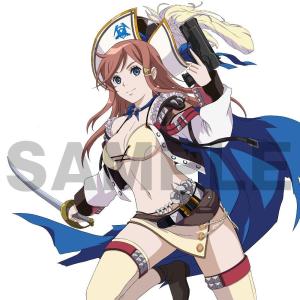 They’re also doing a collab with a phone game called Tenkuu no Craft Fleet, which looks kinda boring. tfw Eternal Arcadia 2 never.
Some otakus are actually gonna buy the dvd/bd 6 times to get them all. Sometimes I wonder how come the whole anime industry in japan still haven’t crumbled and how companies are still going in that direction regardless. It’s been a while since I learned about otakus overbuying goods though so I’m not surprised anymore. Plus things aren’t that grim, and not every company just worships money forever regardless of the consequences though, since these days we’re getting shows like Space Dandy who know they need  to go USA and others markets because Japan cash cows are getting dry. 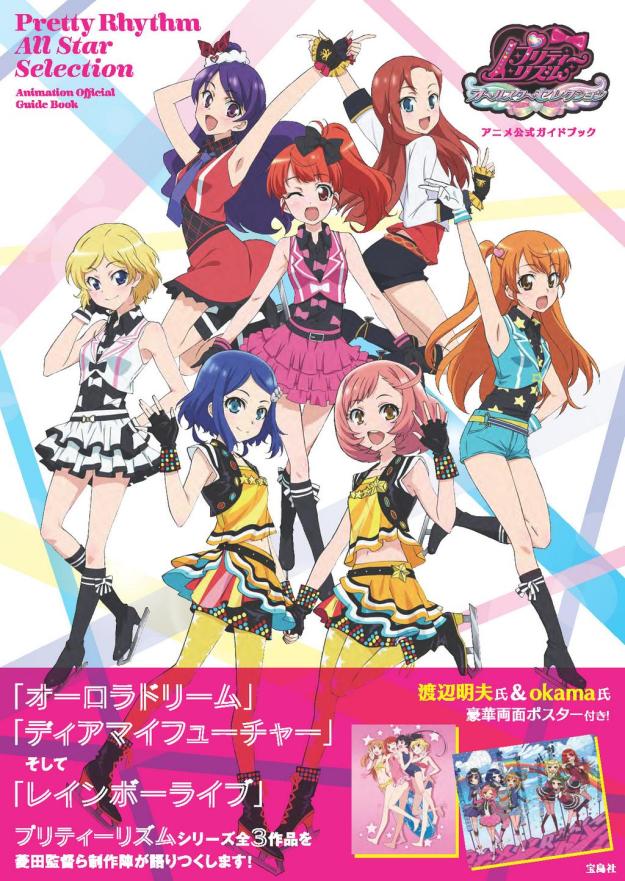 It was announced a few weeks ago. It gets out the 31th of July. It’s like the Rainbow Live one except for all three seasons, so it should have even more interesting stuff. It’ll have info on all three Pretty Rhythm seasons and comparisons between them, staff and seiyuu interviews, illustrations, posters, etc.
I ordered it. I also ordered the movie which got out on BD the 18th. It’s the same shipment so I won’t get it until the end of the month though. With this and SRW Z3, I spent way too much money on useless stuff recently. I kinda wanted to buy the Mouretsu Pirates movie when it gets out on BD the 12th of November but I’ll just download it hahaha. The Mouretsu Pirates movie release date on BD was announced a few days after the show’s reairing ended on Kids Station, as expected. 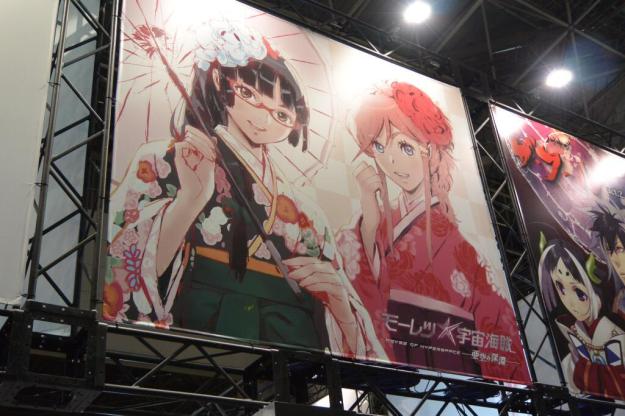 I really hope they announce season 2 at the end. Or at the very least the release date for the movie in bluray and dvd.
Geh, they didn’t announce anything, how disappointing…

“Wait for more info” it says. Waiting is hard. This is the movie I’m looking forward to the most currently as I loved the tv series. 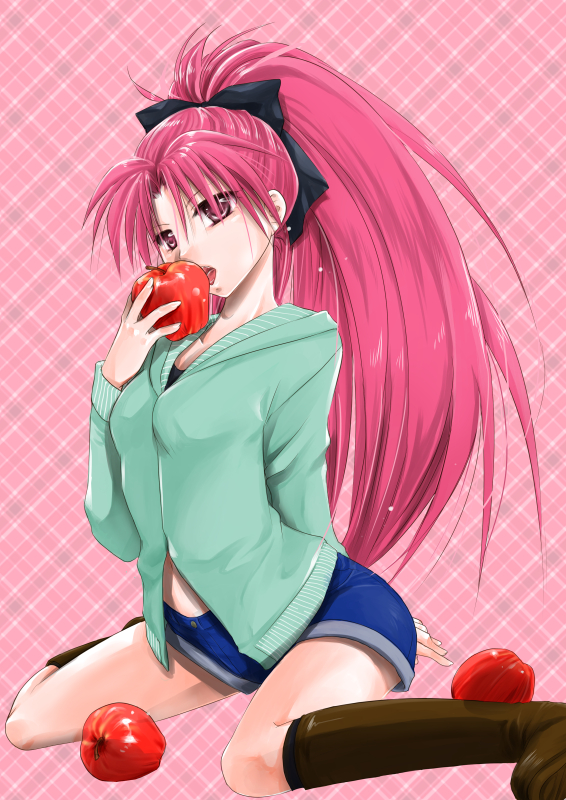 Mondaiji already ended last week. It was so short. Way too short. I know I keep saying that you shouldn’t judge shows without watching them first, but there’s one thing I always keep track of before a show starts: I believe the longer a show is, the stronger chances it’ll have to be good. You need time to make a good show, in order to develop the stories and characters. The shorter the series, the harder it is.

I’m always surprised to hear someone tell me they stopped watching Aikatsu simply because they learned that it’s 50 episodes and that they don’t have the courage to stick with it until the end, while I’m thoroughly delighted each time I remember this fact, thinking about all the fun I’ll be having. There’s very few 10~13 episode anime that are all time favorites of mine. It needs to be at least be 25~26 episodes. And even 26 episodes feels short to me at times.

As an example, Madoka Magica aired two years ago. I think it was a good show, but I certainly don’t like it as much as some people who would call it a masterpiece. There’s a good chance I would’ve liked it more if it was 26 episodes. Of course, OVAs and movies are a whole different story. 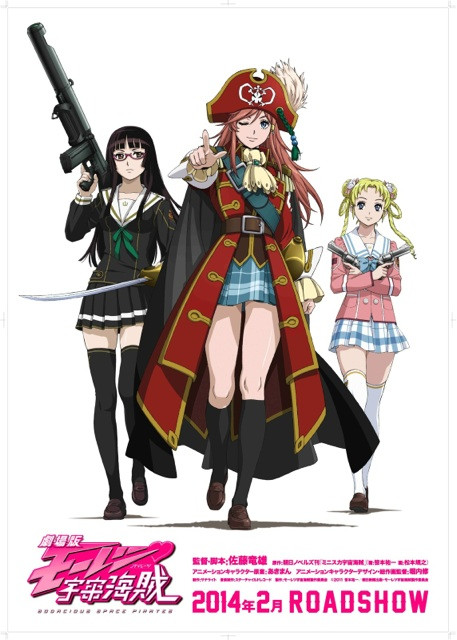 Sato Tatsuo said so on his twitter. Mouretsu Pirates is my favorite show that aired in 2012 (after Pretty Rhythm Aurora Dream) so I’m really hyped for the movie. 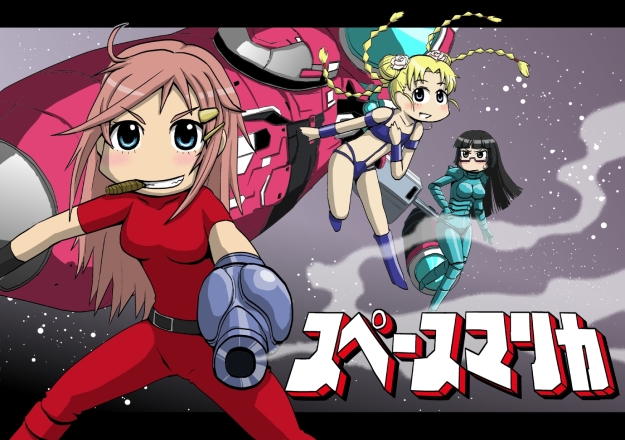 ALL OF MY MONEY 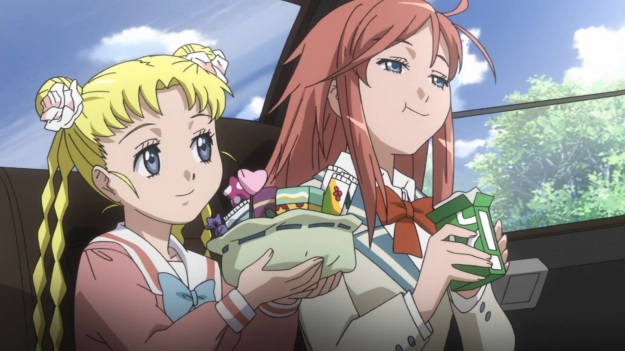 DAT SMUG MARIKA!! it’s like she has the whole world in the palm of her teeth!!! 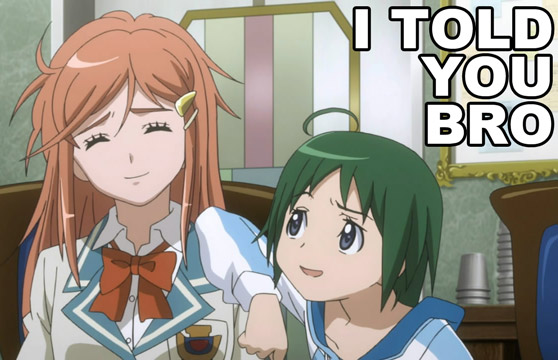 Oh God, why does Ursula looks so smug and perfect??

Oh yeah, and Mami wants to become Marika’s personal stylist. It feels like Tomoyo X Sakura all over again.