This page is a compilation of non-exhaustive summaries I make when listening to radio shows, to remember some of the interesting or fun moments. Most of it isn’t proofread & written in a very crude way. Sometimes I leave in stuff like honorifics.

I thought I’d share the fun instead of keeping it for myself. But I’m sure people who follow seiyuu radios are either perfectionists or want to do things themselves. Most people interested in the info here probably already listen to these radio shows themselves. (Like how I keep doing Pretty Series news&interviews myself.)

That’s why I don’t do full summaries or subs. There are many blogs who tried over the years and ended up stopping because it’s a gargantuan job to do when you’re not paid. It’s not worth it. Most of these dead sites are still online and can be fun to read, like Ambi’s seiyuublog. Some sites are still alive and still sub whole episodes or segments, like Anokoe.

I’m planning to add more shows later. There’s a lot of radio shows I want to listen to but always forget to keep track of. Mostly things with my favorite relatively veteran seiyuu that started in late 90 early 2000(like Noto Mamiko). And things with newer seiyuu that aren’t ultra popular(as in, no Gayaneru, Tomato Haruka, Uchida Maaya etc. Though I do listen to their shows sometimes, I don’t write about it since many others already do. I try to mention it on places like my Twitter if they talk about Pretty Series in one of their shows)

Sugita’s radio show. Has Mafia Kajita, Kedouin Makoto, lotsof guests. Most of them are new seiyuu. 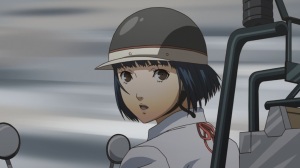 Used to be for Star Ocean, launched around SO5 iirc, but has always been more or less Nakamura’s game show. Nowadays it’s supposed to be for the mobage but is mostly Nakamura and Mafia Kajita chatting about tons of things, mostly games.